Are you a believer in Nessie, the Loch Ness Monster?

Well, if you are there is good news in the search for the elusive critter…

A New Zealand scientist is leading a team of researchers on an adventure to Loch Ness to take water samples from the loch and extract DNA samples, comparing what they find to known samples. If some previously unknown DNA were to be discovered, it just might be Nessie. The adventure is sanctioned by Gemmell’s kids who think this is the coolest thing their dad has ever done, AP reports.

“I think we will find lots that is news, but it is unlikely we will find anything new that explains the monster myth,” said project leader Neil Gemmell, a professor at the University of Otago in New Zealand who hopes this project will yield new species. For example, he said, a recent study in a nearby loch found four new species of brown trout. “If this were solely a monster hunt, I wouldn’t be doing it,” he added.

If you’d rather have the scoop directly from the mysterious wee beastie herself, you can follow Nessie on Twitter.  Yes, Nessie has her very own Twitter account, with her bio reading: World’s Hide & Seek Champion and Scotland’s oldest resident.

I knew i was a big deal, but giving me my very own coin – i'm practically the Queen ??‍♀️#10pcoin #lochness #lochnessmonster https://t.co/vScawgjbw8

She has a positive attitude.

She worries about her weight, like any other monster would.

So, chocolate for breakfast was a regret! But not to worry i have four boats to chase up and down #LochNess! Who is all coming out to play today?!

@RealNessie tweeted out the theme song from this children’s cartoon about her on May 2, a significant day in the history of the Loch Ness Monster.

#OnThisDay in 1933: the modern legend of the Loch Ness Monster was born. The Inverness Courier reported that a local couple noticed “an enormous animal rolling and plunging on the surface” of Loch Ness.
In this classic 1980s cartoon, there were umpteen of the big beasties ? pic.twitter.com/qV1Scni8n8

No one knew (for sure) for decades that the iconic and grainy photo 1934 of Nessie was a hoax, so it makes total sense that the monster would have been celebrated in an amazing children’s cartoon called “The Family Ness”.  If the theme song above isn’t quite enough for you, contain your Sad Ness because here is Episode 1, in which Elspeth and Angus meet the Family Ness. You will find Silly Ness, Ferocious Ness, and even Her High Ness  in this episode.

Did you know that Canada’s Lake Champlain has it’s very own lake monster, Champ, complete with its own grainy image at the foundation of a tourist industry? So, if Scotland is too far away for you to visit, perhaps you can make it to Lake Champlain to gaze over the water and catch a sighting of that illusive creature. 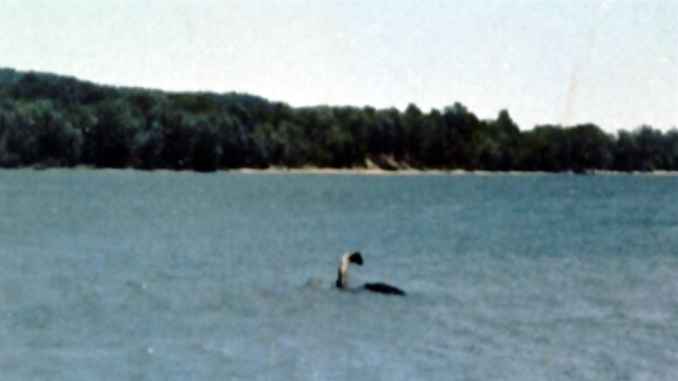 Professor Gemmell says the research should be complete by the end of the year. With any luck, @RealNessie will keep us updated in the meantime. Just in case there is nothing conclusive found in regards to Nessie, Gemmell has been offered explanations ahead of time by true believers.

While the Chief of the Scottish Society of New Zealand sums up his doubt about the possibility of finding evidence of the monster rather succinctly in his well wishes to Professor Gemmell, “Still, it’s a good way to get a trip to Scotland,” Gemmell himself ponders the mysteries of life as he contemplates the upcoming adventure.

“In our lives we want there still to be mysteries, some of which we will ultimately solve,” Gemmell said. “That’s part of the spirit of discovery. And sometimes, what you find may not be what you were expecting.”

Would it be good or bad if Gemmell’s team found evidence of Nessie? Or should she remain an unsolved mystery?

by Emily in News Commentary 0