The year is 2384. All of a person’s memories, identity, and consciousness are stored by mandate, on a disk implanted into the back of their neck. This is called a stack. Human bodies, real, cloned, or synthetic, are called sleeves. Victims can now be a witness against their own murderers. Grieving families can rent a sleeve as a way to say that last goodbye. For prisoners it can extend a sentence for eternity. For the ultra rich it means immortality. This is what Altered Carbon is all about.

Two hundred and fifty years after his death, Takeshi Kovacs (Will Yun Lee) wakes up to find he’s been sleeved and imprisoned. He’s given a choice to help solve the “murder” of  high profile socialite Laurens Bancroft (James Purefoy) or spend the rest of eternity in stasis. Takeshi, now sleeved as Police Officer Kristin Ortega’s (Martha Higareda) ex partner and love interest, Elias Riker (Joel Kinnaman), soon finds out that his task is explicitly interwoven with his own torrid past. Takeshi is the surviving soldier of a movement whose mission was to destroy the very technology that’s given him his new life, and helped him reunite with his sister Reileen Kawahara(Dichen Lachman).

I really like Altered Carbon but I’m not going to sugar coat it. There are some big issues. It’s often hard to figure out if the writers want to mimic a hard core, ass kicking action COP show, or if they want a complicated and twisted sci-fi thriller. Altered Carbon almost fails on both fronts, in that they tend to rely on some very played out stereotypes* and pretty bad dialog early on. It’s worth pushing through a few episodes because the story really is fascinating and the twists and turns ore somewhat unexpected. The last two episodes (Season 1) were very rushed in an attempt to wrap up any loose ends as comprehensively as possible. Because of this I’m not sure if there will be a Season 2.

*The only thing I had a really hard time with was the Ortega Character. She’s a strong hispanic women who takes no prisoners and has the attitude to prove it. She’s an annoying sidekick at best. At worst, she’s a stereotypical pissed of Mexican women, who talks shit in spanish when she gets upset and uses very old slang intermixed with her hyperventilated rants. She provides a small role as a love interest but really brings almost nothing else to the story.

In Colony, the Residents of Los Angeles live in segregated blocks patrolled by robotic drones and walled of into security sectors, by the Transitional Authority. The Authority was installed as a control mechanism, by a group of extraterrestrial invaders. Nothing is known about the new hosts except they are brutal and demand unwavering loyalty.

Part of the Transitional Government includes FBI special agent, Will Bowman (Josh Holloway), who’s wife Katie Bowman (Sarah Wayne Callies), is a main member of a resistance movement determined to undermine The Authority at every step. Will ends up playing both sides (law and resistance), as his main focus is keeping his family safe and getting his son Bram Bowman (Alex Neustaedter) out of a labor camp called The Factory.

The Colony is focused primarily on the family dynamic and what they do to survive and stick together at all costs, under the most extreme conditions. As good as the show is, and it’s really good, it’s still has some of that made for network TV quality that I just can’t shake.

CDC researchers Dr. Alan Farragut (Billy Campbell) and Dr. Sarah Jordan (Jordan Hayes) are sent to investigate a viral outbreak at the Ilaria Corporation bioresearch station in the Arctic. It’s discovered that the Virus has two mutations; a fatal incurable strain Novak-A, and an extremely contagious strain Novack-B, that turns people into Zombies, but is curable in a small number of patients. As Ilaria Corporations motives are slowly revealed, it’s discovered that the outbreaked was staged as a small part of a much bigger plot for world domination and immortality.

Helix is one of those shows that I wanted to hate and I ended up getting sucked into. It’s a pretty fun story that every time you think you got it all figured, out another layer of skin is peeled away from the onion, revealing an entirely different outcome. 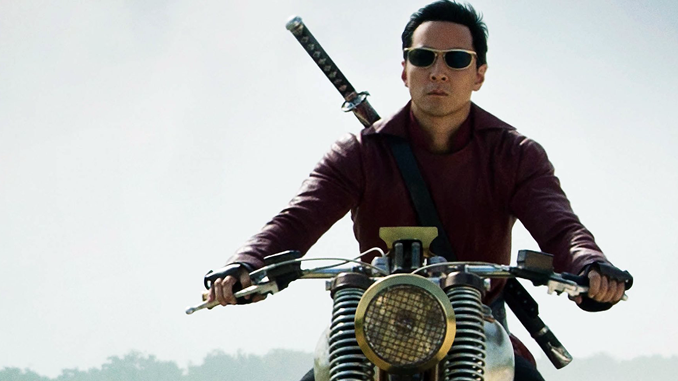 Unknown wars ruined all of civilization. 500 years later the world as we know it is run by Barron’s; Feudal Warlords who control trade, the workforce, and resources in their respective Territories. This area is known as collectively as The Badlands.

Into the Badlands centers around a Clipper (assassin) named Sunny (Daniel Wu), and his charge MK (Aramis Knight), and their quest to discover the location of a mythical city called Azra, that may hold the key to a mysterious power they both possess. Mk and Sunny are aided by The Widow (Emily Beecham), a Barron who is largely disrespected and underestimated by her peers, and her adopted daughter Tilda (Ally Ioannides), and plans to exploit their powers for her own benefit in her struggle for recognition and control of the Badlands.

This very stylized, action, adventure, kung fu series is filled with so much excitement, plot twists and intrigue that it keep me glued to the screen, binging many episodes in a row. The fascinating world in which they live is almost another story in it’s own, completely removed from the main plot or quest of the protagonists. I could easily see a very successful spin off focusing on life under some of the lesser known Barons. 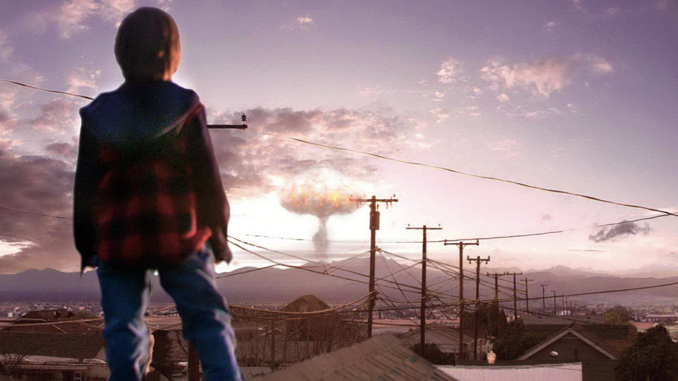 Jericho takes place in the wake of a nuclear strike on the major cities of the Continental United States. The Sleepy town of Jericho Kansas resident’s are caught off guard as TV and radio signals ares lost and communication with the outside world is cut off, seemingly out of nowhere. As they work to slowly restore a somewhat normal existence, the neighboring town of New Bern blames Jericho for many of their own failures to maintain civility and declares war.

As the country tries to recover it’s split into many factions such as the Allied States of America and the Republic of Texas. This shifts the focus from local concerns to a national conspiracy to take over control of the government by a third party, who might have caused the initial nuclear strikes in the first place.

It’s said that Jerico’s canceling was originally due to it’s bad ratings/poor time slot. Fans made enough noise to get it picked up again for a second season. It was canceled again, however this time as a victim of a larger writers guild strike. The remaining story was turned into a comic book series published by the original writing team of that tells new tales set in Jericho and is considered season 3 and 4.

As always, let me know if you agree or disagree with any of my picks in the comments section down below. Feel free to make your own lists of shows or Movies you like streaming on Netflix.