Today’s list is a group of shows that don’t fit neatly into another category but they have one thing in common… they are all fantastic period pieces. 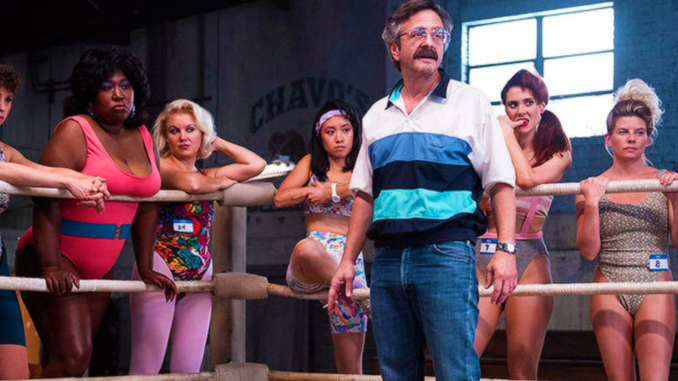 Glow is a dark comedy about the people and events that helped create the Gorgeous Ladies of Wrestling professional wrestling circuit in the mid 1980’s.

This show heavily focuses on the lives of two main characters, Ruth “Zoya the Destroya” Wilder (Alison Brie), a Spoof of a Russian KGB Agent, and Debbie “Liberty Belle” Eagan (Betty Gilpin), a Homegrown, All American, Blonde Bombshell, Uber Patriot, and their manager/producer/promoter/director and pretty much everything else, Sam Sylvia (Marc Maron).

While Glow is a largely fictional account of a very unknown B grade entertainment group, it delivers on two things wonderfully. It’s surprisingly enjoyable and nails the 80’s like no other. You are instantly immersed and totally familiar with everything about the show, while probably never having any idea what the hell G.L.O.W. or ladies wrestling is at all. If you were alive in the 80’s this show is an instant and very realistic flashback. Every song, every comercial, every car, every building, it’s all there, but it’s NOT in your face screaming at you like other 80’s retro shows that try to achieve similar effects. Oh… and the story is pretty darned good too!

Halt and Catch Fire is a period drama that loosely chronicles events that revolve around the bleeding edge of the Personal Computer revolution, Computer Gaming, Social Networks (BBS), and the birth of the Internet in between the early 80’s through the 90’s.

Ex IBM executive Joe McMillian (Lee Pace) with the help of programming prodigy Cameron Howe (Mackenzie Davis), computer engineer Gordon Clark (Scoot McNairy) and his wife, engineer and technical specialist Donna Clark (Kerry Bishé), set out to build a portable computer, cheaper, better, and faster. Their journey takes them far beyond anything they ever imagined and eventually help to innovate computer gaming, social interactions, and the birth of internet technology.

This show is particularly interesting to me as I spent many formidable years in the heart of Silicon Valley living and witnessing many of the events and interactions depicted in the show. While the show is entirely a work of fiction, it does a great job of collectively summarizing what life was like in that time surrounding those events. 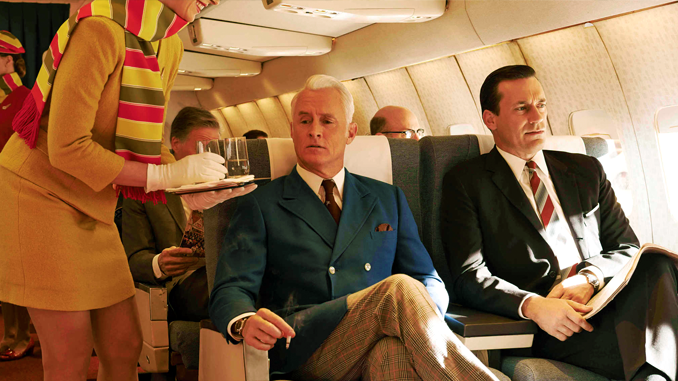 Mad Men is a brilliant drama series about the life of New York, Madison Avenue, Advertising Executives and Socialites in the 1960’s.

No punches are held in Mad Men. Political Correctness is absolutely out the window. The characters are boisterous, larger than life, sexist, racist, chain smoking, alcoholic, felanderers, that get filthy rich selling the idea of making crap shine like gold and people love them for it.

Underneath it all is a deeply heartfelt drama about the twisted life of Richard “Dick” Whitman (Jon Hamm), a Korean war veteran who, escaped the war and reach of his impoverished, abusive family, by switching identities with his Lt. Don Draper, when his unit was wiped out in battle leaving him wounded and eligible to go home. “Don” works his way up to Creative director and junior partner of renowned advertising agency Sterling Cooper, reaping the rewards of the high life, sleeping with countless women and boozing it up, while trying hard to keep his ghosts and past at bay.

Mad Men is like no show I’ve ever seen before it. It was AMC’s first real hit drama series before The Walking Dead and Breaking Bad. I happened to hear of the series debut a few minutes before it aired, turned it on, and was hooked on that very first episode. Lucky for you it’s now streamable so you don’t have to wait a week to find out what happens next. I totally would have binged Mad Men had it been possible at the time! 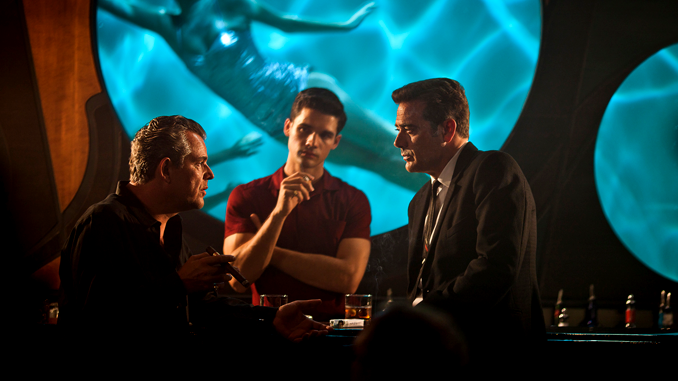 It’s 1959. Fidel Castro has just took power in Cuba and Ike Evans ( Jeffrey Dean Morgan), owner of Miami’s hottest Hotel, the Miramar Playa is about to default on his debts to notorious mob boss, Ben Diamond (Danny Huston). Ike’s got everyone from the Kennedy’s to anti-castro forces to the CIA, filling his guest lists and a staff thats unionizing and ready to walk, oh and Frank Sinatra’s booked for New Years eve. That’s episode 1.

Magic City is a period drama about the hustle and strife of running the hottest locale in the country, for people who expect the very best, on a shoestring budget, with the mob crawling up your ass, and a revolution going on 90 miles away. The Ike character is every bit as interesting as Morgan’s Negan character on the Walking Dead, yet totally opposite and more dimensional. I really enjoyed the 50’s Miami vibe and the subtleties and political issues of the day being part of the show. 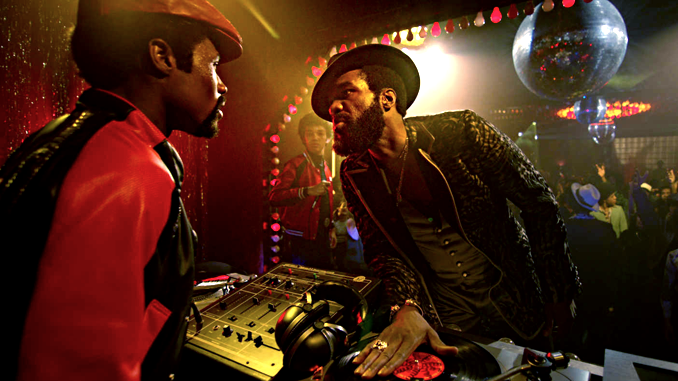 It’s difficult to describe The Get Down. The best I can come up with is to say it’s Romeo and Juliet, or maybe even West Side Story, but in the late 1970’s telling the tale of the Birth of Rap music and the culture surrounding it, without all the messy bits at the end. On one hand it’s an incredible look at the roots of Rap/Hip Hop culture and some of the key players involved, on the other it’s a deeply engaging love story about ambition, courage and doing whatever it takes to realize your dreams, at any costs. And yet, there’s so much more.

I hate musicals as a general rule, and while The Get Down is classified as a “Musical Drama”, it doesn’t feel like it because it’s mostly composed of early Rap, Hip Hop and some Deep Soul. If you aren’t a fan of Rap, Hip Hop or Gospel music, than obviously this show is not for you. However, if you get a little strut in your step when you hear the beats drop, you’ll probably enjoy every bit of what The Get Down has to offer.