Dana Rohrabacher is quoted by Yahoo as saying that Alexander Torshin is “the conservatives’ favorite Russian.”

“He’s sort of the conservatives’ favorite Russian,” said Rep. Dana Rohrabacher, R-Calif., who together with Rep. Tom Massie, R-Ky., had dinner with Torshin and other members of the Russian delegation to the Prayer Breakfast at a Washington restaurant. “He’s someone who understands our system. His approach is, ‘I agree with you Americans: People should have a right to own guns. There should be religious freedom. The whole problem is with radical Muslims. We were able to have a very good exchange.” 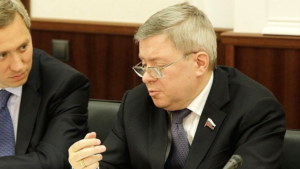 Alexander (also spelled Aleksandr) Torshin has previously served as a Senator in the Russian Duma, and more recently as deputy governor of the Bank of Russia.  He’s also a close ally of Vladimir Putin and key figure in Putin’s United Russia Party.  Perhaps more interestingly, he’s a lifetime member of the National Rifle Association.  Finally, he’s on the list of Russian oligarchs recently sanctioned by the United States Treasury Department.

The reason Torshin landed on the sanction list is twofold: Spanish investigators have linked him to a convicted money launderer named Alexander Romanov, and there’s concern he helped the Kremlin funnel money into the NRA.

Torshin has been involved with the NRA since 2011, when he expressed an interest to long-time friend and lawyer G. Kline Preston that he wanted to meet the leadership of the NRA.  By the time of the NRA Convention that year, Torshin was able to meet with then-NRA president David Keene and quickly forge a friendship.  Keene even added in a post-convention letter to Torshin, “If there is anything any of us can do to help you in your endeavors . . . please don’t hesitate to let us know.”

Torshin’s “endeavors” included a plan to back a gun-rights group in Moscow, according to Rolling Stone.

The NRA president seemed flattered, seeing Torshin as a powerful Russian eager to build a gun organization that mirrored his own, and even secured a Russian translation of the NRA charter.

But Russia experts believe Torshin’s interest in U.S. gun culture masked a dark, ulterior motive. “It’s all a big charade, basically,” Glenn Simpson, founder of the research firm behind the infamous Steele Dossier, testified to the House Intelligence Committee. Much of what passes for civil society in modern Russia is, in fact, controlled by Putin. The Senate Foreign Relations Committee published a January 2018 report on “Putin’s Asymmetric Assault on Democracy,” which describes how the Kremlin has “sought to co-opt civil society by ‘devot[ing] massive resources to the creation and activities of state-sponsored and state-controlled NGOs.”

Some of these faux grassroots groups buttress the Kremlin’s domestic agenda. Others are projections of Putin’s foreign policy. Sen. Ben Cardin, the ranking Democrat on the committee, says it is common for Russian groups that “appear to be independent” but are “really Putin groups” to build relationships with civic groups in Western democracies, like the NRA – “to have tentacles,” Cardin says, “to try and influence public opinion here in the United States. It is certainly part of Putin’s MO.”

[Steven] Hall [who served as chief of Russian operations for the CIA until 2015] agrees. “The idea of private gun ownership is anathema to Putin,” he says. “So then the question is, ‘Why?’ ” Why was a pro-gun campaign being hatched by a leader in Putin’s own party? The answer, according to Hall, is that Putin was baiting a trap. “He’s reaching out to attract the NRA, specifically, over to Russia.” 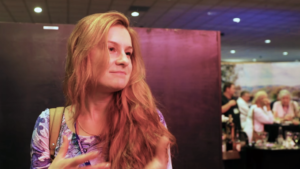 The Russian gun-rights group in question is Right to Bear Arms, founded by Maria Butina, who “has presented herself as a Russian central bank staffer, a leading gun rights advocate, a ‘representative of the Russian Federation,’ a Washington, D.C. graduate student, a journalist, and a connection between Team Trump and Russia.”  Butina is also an associate of Torshin.

Another of Butina’s special friends is Paul Erickson, a longtime Republican party activist and prominent NRA member.  In February 2016, the two formed a limited-liability company called Bridges LLC, with its office located in Erickson’s home state of South Dakota.  What Bridges does is anyone’s guess, though.

By May of 2016, Erickson was attempting to broker contact between Russia and the Trump campaign.

From the HPSCI report, on May 10, 2016 Erickson spoke of cultivating a back-channel to President Putin’s Kremlin in an email to Rick Dearborn, a longtime senior adviser to Jeff Sessions and a senior [Trump] campaign official.

“Switching hats! I’m now writing to you and Sen. Sessions in your roles as Trump foreign policy experts/advisors. […] Happenstance and the (sometimes) international reach of the NRA placed me in a position a couple of years ago to slowly begin cultivating a back-channel to President Putin’s Kremlin. Russia is quietly but actively seeking a dialogue with the U.S. that isn’t forthcoming under the current administration. And for reasons that we can discuss in person or on the phone, the Kremlin believes that the only possibility of a true re-set in this relationship would be with a new Republican White House.”

The email goes on to say that Russia planned to use the NRA’s annual convention to make “first contact” with the Trump campaign and that “Putin is deadly serious about building a good relationship with Mr. Trump. He wants to extend an invitation to Mr. Trump to visit him in the Kremlin before the election.”

While the meeting between Donald Trump and Putin never happened before the election, Torshin did manage to meet Donald Trump Jr. at a private dinner during the NRA national convention in 2016, CNN reports.

When Donald Trump Jr. arrived for a dinner on the sidelines of the NRA’s 2016 annual meeting in Louisville, some attendees — including NRA officials — were startled to discover Torshin and Butina already present at the restaurant where the reception was being held, according to sources familiar with the event. Torshin and Butina weren’t invited to the dinner, but they were asked to stay and speak anyway.
“Donald J. Trump Jr. was attending an NRA convention and having dinner when an acquaintance asked him to say hello to Torshin and made an introduction,” said Alan Futerfas, an attorney for Trump Jr. “They made small talk for a few minutes and went back to their separate meals. That is the extent of their communication or contact.”
The seemingly impromptu encounter left some officials at the gun-rights group wondering whether it was a setup by the Russians, sources said.

The NRA spent $55 million on the 2016 campaign, $33 million of that coming from the NRA Institute for Legislative Action, a 501 c which doesn’t have to divulge its donor list.  Which is why Torshin is now under investigation by the FBI and a person of interest to the Mueller investigation.