This Series of articles will focus on some of my personal recommendations, favorites, overrated, underrated, obscure, tv shows and or movies streaming on Netflix. 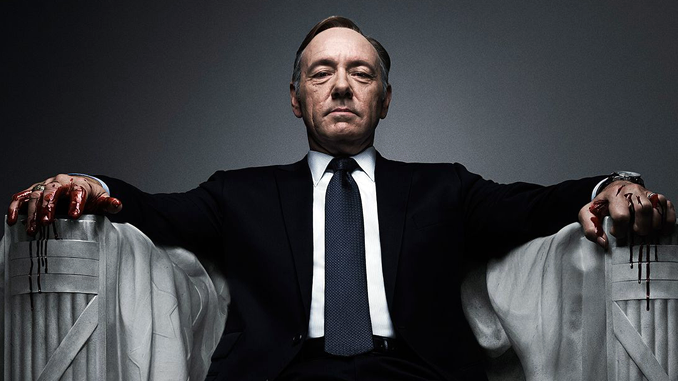 House of Cards is an adaptation of the 1990 BBC 4 part UK serial, House of Cards. In this version, Democratic Congressman and Majority Whip Frank Underwood gets snubbed on an appointment as Secretary of State by his good friend, The President of the United States, and plots his revenge. Consumed with power and control, Frank does anything and everything necessary to get what he wants and his ambitions are only limited by his endless corruption and cunning ability for manipulation.

I hesitated putting House of Cards on this list, because at one time it was one of my favorite TV shows on Netflix. It’s smart, sophisticated, suspenseful, exciting, unpredictable, and extremely clever. Seasons One and Two are nothing short of amazing, and I still recommend that everyone watch them. If you are a political junkie, this is must see TV. But, that’s pretty much where it ends. If you don’t bother watching any further than Season Two, you’ll have watched a fantastic show that you will remember for the rest of your life.

Season Three started to fall off in a big way. It’s more of the same drama (recycled), but much less action, fun and surprises. Some episodes are downright boring. It starts to get tired and even preachy at times. Some BS political narratives (which were refreshingly absent from a show of this type) eventually start finding their way into the show as well.

I’ll admit that I’ve watched every episode anyway, as I feel sort of vested to find out how this all ends. With the firing of Kevin Spacey, it’s pretty much going to play out the way I sort of expected it would anyway, only with lesser actors trying to take up the slack. Spacey may be a freak and a creep, but he’s still one of the greatest actors of all time. Losing him is going to make Season 6 even worse than previously imagined. He carried the entire show. Hell, he narrated it. If it were my show I wouldn’t even finish it at this point. It cannot get any better than it was, and it most definitely will get a lot worse.

Orange is the New Black 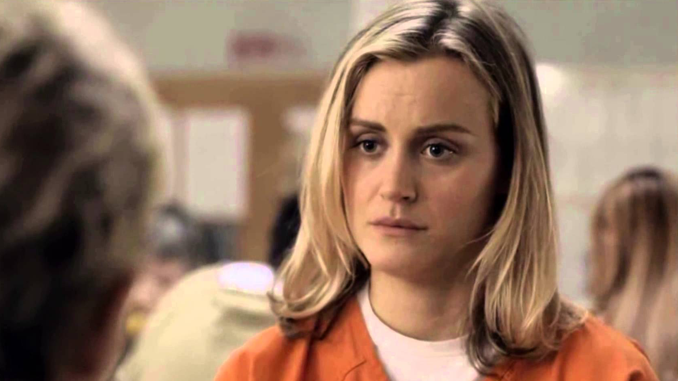 Orange is the New Black, is a light hearted dramatic comedy about a successful career woman in her 30’s who’s about to get married when her past catches up to her. She’s sentenced to a minimum security prison for her involvement with a drug dealer. The successful Piper has a culture clash going from the “good life” adjusting to hard time in a poorly run women’s prison.

When I first heard about Orange is the New Black I thought it was going to suck. So many of my friends recommended it that I eventually took the plunge. I have to admit, they were right. It was a pretty good show. I was entertained. It was funny, sexy, and also had some serious moments. But like so many shows before it… Season One was it.

Season Two went downhill fast. It got really preachy with tired left wing tropes about how everyone is really just a victim of society. Even some of the crazy, racist, meth heads in the show were seen as victims that were just misunderstood.

By Season Three the protagonist was almost non existent. Pretty much a side feature at best. The show would spend a large portion of every episode instead focused on justifying the crimes of many supporting characters, and ones that they have previously covered, from yet another perspective. Even some extremely minor characters that show up for one or two episodes get the backstory episode treatment.  When they did actually remember that it was supposed to be a show about a women’s prison, the focus was more on the “horrible conditions and atrocities” these women had to live through, because, of course, by this time in the show, control of the prison had been handed over to an “Evil Private Corporation”, who ran it into the ground for profits. And if the boring and often predictable, political narratives weren’t enough, they made sure to denigrate the show even further with things like Prison Talent Shows and Birthday Parties. 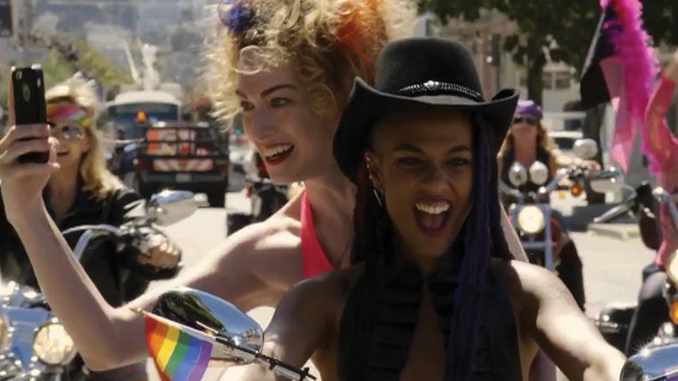 Sense 8 is a show about 8 strangers from around the world who are connected through psychic abilities, sharing each others thoughts and actions. They are hunted by an evil corporation as they seek answers to the power that plagues them.

I’ll be honest, I couldn’t get through the first episode.  It was an agenda filled crapfest of stereotypes and boring predictable tropes and narratives. I have no idea how it’s being received as this critically acclaimed masterpiece, except for maybe because of who created this show and not its actual content. It was created by who used to be known as the “The Wachowski Brothers”, creators of the Matrix Trilogy, but who are now known as the “The Wachowski Sisters”, as they have both turned into transexuals and have decided to make that a big focus of their show. To each his own, but it’s not mine. 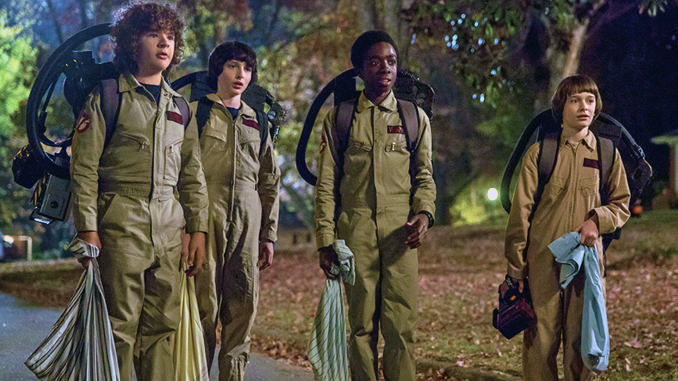 Stranger Things is a Sci fi-Horror series that takes place in the 1980’s, which is heavily influenced by several Stephen King, John Carpenter and Steven Spielberg movies of the era. It takes place in a small town in Indiana and is about how an investigation into a missing child and the supernatural activity surrounding it are connected. The show is renowned for its exceptional details to 80’s pop culture, and Easter eggs that are prevalent in almost every scene in the entire show.

I watched it and wasn’t really impressed. To be perfectly honest it didn’t really feel like there was much of a story at all. Stranger Things is about creating an entire episode of suspense around a very thin plot at best while constantly bombarding you with the fact that the producers of the show were actually alive in the 80’s and they want to make sure that you know it! This show is 65% Nostalgia, 30% suspense, and 5% story.

Much like many failed Stephen King movies, episodes are drawn out trying to get you to understand a character, in hopes that you grow some sentimental attachment to them. But it falls flat on that front. It took me until almost halfway through the second season before I could tell the difference between two of five (?) the main characters of this show. It was so convoluted that I honestly never really understood who was related to whom and who was supposed to be who’s parents and what not. I never really cared for any of the characters very much. I was also annoyed by the portrayal of these kids as D&D geeks living in their own little fantasy world 24/7, totally oblivious to normal world around them, yet completely engrossed into what thin plot there actually was to the show. 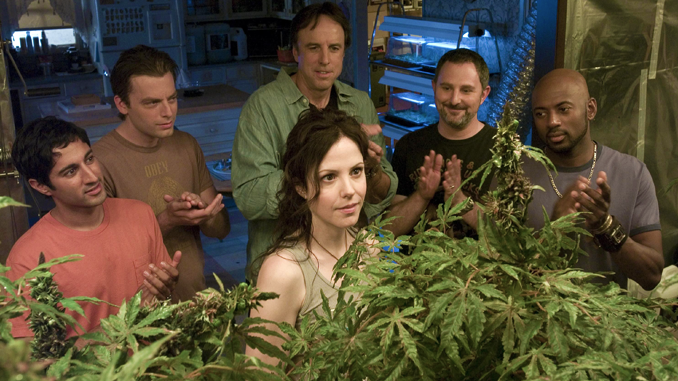 Weeds is a light hearted comedy about a widow, Nancy Botwin, who starts selling Marijuana to make enough money support her family, after the death of her husband leaves her in a huge pile of debt.

Season One was pretty good. It was funny and kind of stupid, but still very entertaining. The premise was absurd and some characters are totally stereotypical, but that’s ok for a pothead comedy TV show. It delivers on some laughs and it is totally watchable despite it starring Mary-Louise Parker, who I usually find “nails on the chalkboard” annoying at best.

The problem with the show is that after watching the first season of Weeds, there is no reason to watch any of the others. It’s pretty much the same TV show, every season, every time. Nancy Botwin falls on hard times. She starts selling weed. The same sort of trials and tribulations are explored as the seasons previous. She ends up getting herself out of the big mess she got herself into by selling weed in the first place, ending each season with a lesson hard learned. Or is it? In between seasons she must have smoked so much pot, that she forgot that last time she tried to sell pot to fix her situation it didn’t work out to well and got everyone into a whole bunch of the same exact problems. But, alas, that doesn’t stop her from doing it… 7 more seasons in a row!

Truly, the only reason to keep watching Weeds for more than one season is that the character Doug Wilson (played by Kevin Nealon) is comedic freaking Gold. If he had his own show there would be no reason for anyone to ever watch Weeds in the first place. He’s just that damn funny.