Today we mark another milestone: the 74th anniversary of #DDay, the Allied invasion of Normandy. On June 6, 1944, more than 70,000 brave young Americans charged out of landing craft, jumped out of airplanes, and stormed into hell… pic.twitter.com/zV8pqoVG9h

For thoughts on D-Day @ The News Blender

We must always protect those who protect us. Today, it was my great honor to sign the #VAMissionAct and to make Veterans Choice the permanent law of the land! https://t.co/VV3GdDISbD pic.twitter.com/4OsUDWIzwo

According to WhiteHouse.gov the VA Mission Act provides $5.2 billion in funding for Veterans Choice program. It hopes to streamline the program making a single program for veterans care. It’s projected effective date is one year from now. The bill also allows the VA to modernize it’s assets and infrastructure.

Thank you to everyone at @FEMA HQ for today’s briefing on preparations for the upcoming hurricane season. Disaster response and recovery is best achieved when it’s federally supported, state managed, and locally executed – this is the successful model we will continue to build. https://t.co/xpm7IRiZwn

Isn’t it Ironic? Getting ready to go to the G-7 in Canada to fight for our country on Trade (we have the worst trade deals ever made), then off to Singapore to meet with North Korea & the Nuclear Problem…But back home we still have the 13 Angry Democrats pushing the Witch Hunt!

Good luck to Alice Johnson. Have a wonderful life!

On Wednesday, The News Blender reported that President Trump granted clemency to inmate Alice Johnson who had been incarcerated since 1996.

Alan Dershowitz, Harvard Law Professor: “It all proves that we never needed a Special Counsel….All of this could have been done by the Justice Dept. Don’t need a multi-million dollar group of people with a target on someone’s back. Not the way Justice should operate.” So true!

Alan Dershowitz was on Fox & Friends this morning and explained according to Newsmax his thoughts on an ABC news article, that states, “One source told ABC News that the draft report explicitly used the word “insubordinate” to describe Comey’s behavior. Another source agreed with that characterization but could not confirm the use of the term.” in regards to portions of the IG report draft that have been leaked. According to Dershowitz via Newsmax, the ABC news article proves two things, one, “somebody leaked it because they are afraid it’s going to get changed. They want people like us to see the original.” and two, “it proves that we never needed a special counsel.”

When and where will all of the many conflicts of interest be listed by the 13 Angry Democrats (plus) working on the Witch Hunt Hoax. There has never been a group of people on a case so biased or conflicted. It is all a Democrat Excuse for LOSING the Election. Where is the server?

The Sever is the DNC server that was hacked by Wikileaks that according to our intelligence community the hack was facilitated by Russia.

How could Jeff Flake, who is setting record low polling numbers in Arizona and was therefore humiliatingly forced out of his own Senate seat without even a fight (and who doesn’t have a clue), think about running for office, even a lower one, again? Let’s face it, he’s a Flake!

Senator Jeff Flake (R-AZ) announced in October 24, 2017 he would not seek re-election.

Looking forward to seeing my friend Prime Minister @AbeShinzo of Japan at noon. Will be discussing North Korea and Trade.

Our Justice Department must not let Awan & Debbie Wasserman Schultz off the hook. The Democrat I.T. scandal is a key to much of the corruption we see today. They want to make a “plea deal” to hide what is on their Server. Where is Server? Really bad!

Politico reported on Thursday that former House Democratic aide to Debbie Wasserman Schultz, Imran Awan, and his wife Hina Alvi are close to making a plea deal over the investigation into their alleged conspiracy to commit bank fraud.

Awan was arrested on bank fraud charges in July when he tried to leave the country, in August the grand jury widened the scope of the criminal indictment with the pair facing new criminal charges, “including conspiracy to commit bank fraud, making false statements on a loan or credit application, carrying out unlawful monetary transactions and engaging in unlawful monetary transactions.”

When will people start saying, “thank you, Mr. President, for firing James Comey?” 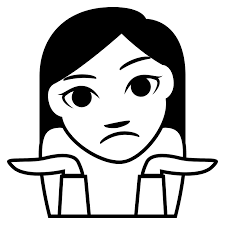 The Obama Administration is now accused of trying to give Iran secret access to the financial system of the United States. This is totally illegal. Perhaps we could get the 13 Angry Democrats to divert some of their energy to this “matter” (as Comey would call it). Investigate!

Fox News reported on Wednesday that a draft report out of the Senate’s Permanent Subcommittee on Investigations, shows, that “On Feb. 24, 2016, the Treasury Department issued a specific license to Bank Muscat to authorize the conversion of Iran’s rials to euros through ‘any United States depository institution …, Even after the specific license was issued, U.S. government officials maintained in congressional testimony that Iran would not be granted access to the U.S. financial system.”

According to one former official Fox News spoke to, “This specific license cannot be described as ‘granting access to the U.S. financial system.’ This specific license was in fulfillment of JCPOA commitments to give Iran access to pools of its money held overseas. It was aimed solely to allow the movement of Iran’s own funds stranded at an Omani bank into euros at a European bank, where Iran could then make use of them.”

He deleted his first attempt at posting the Washington Examiners article.

It’s my great honor to welcome Prime Minister @AbeShinzo back to the @WhiteHouse!???? pic.twitter.com/6yCxud2jAN

About Tiff 1551 Articles
Member of the Free Press who is politically homeless and a political junkie.