I’ve been away for the past week. It’s okay if you didn’t notice. That is a testament to the quality of the team we have here at TNB…they have all done a great job while I’ve been gone and it was great to be able to be away, with very little connection at all during the week to even peek in, and not have to worry about things…at all.

Kudos and thanks to Team TNB!

Where did I go? I was on a cruise to Alaska. Something I’ve wanted to do for many, many years.

It was a great trip.

So I’d like to talk a little bit about “nature”…

The reason I’ve always wanted to visit Alaska is that I love the outdoors…the woods, the water, the mountains, the wilderness…and all of the wildlife in it. Many people would describe that as loving “nature”.

And Alaska, in that sense, was spectacular. Truly awe-inspiring in it’s vast, wild beauty. During our trip, we saw humpback whales, killer whales, sea otters, sea lions, harbor seals, hundreds of bald eagles, a black bear, a brown bear mama and her two cubs, a mountain goat, and slugs the size of a hot dog. 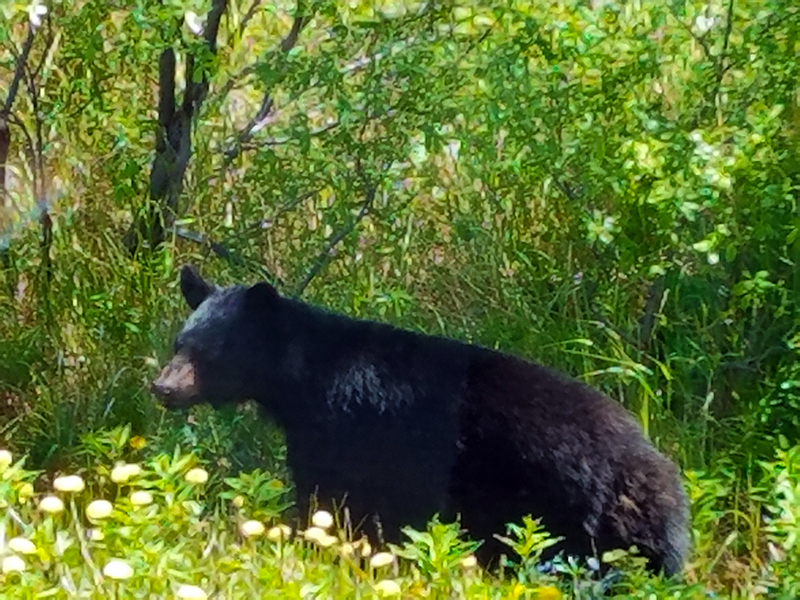 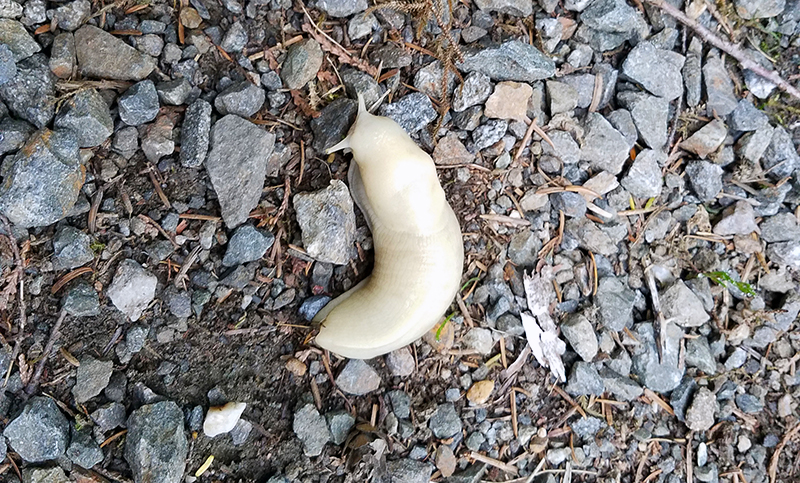 From Skagway, we took a train ride in the mountains through the White Pass up to the Yukon. In Ketchikan, we hiked in the Tongass National Forest, a rain-forest in Alaska. Viewing the different trees and plants that grow in that area compared to those in Wisconsin is fascinating to those of us who love “nature”. In Juneau, we hiked to the Mendenhall Glacier, one of thousands of glaciers within the inner passage area of Alaska. The cruise ship went into Glacier Bay National Park to get close-up views of even more glaciers, most notably the often photographed Marjorie Glacier (as featured at the top of this post).

Seeing such things in person is amazing. 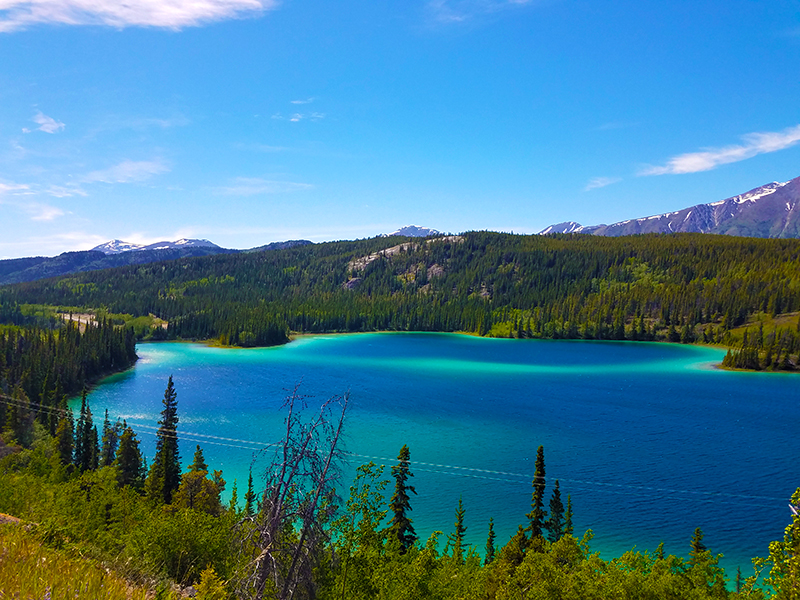 All during this adventure, we were treated to various presentations and interpretive discussions from naturalists and National Park Rangers (in Glacier Bay). They were very informative and the presentations were interesting and entertaining.

The main naturalist onboard the ship for the entire cruise was a a guy who lives part of the year on a private island in the inner passage. An island without electricity or running water, basically living on the land and water for all of his needs. His stories of these adventures promote envy in a person who loves “nature”.

I got to know the naturalist a bit in some discussions on the deck of the ship…turns out he is also an ultra-marathon trail runner, which is one of my passions. It all fits in loving the woods and “nature”. I enjoyed his stories and descriptions of the wild and after we talked a while, he gave me his email address so that next time I take a cruise, I can email him in advance and he’ll plan to take us on a hike that we’d never forget, including exploring some caves in the glaciers.

As you can imagine, a naturalist like this and the Glacier Bay Park Rangers have some opinions about climate change and what man is doing to harm the planet. In their eyes, man is doing much damage to “nature” and the evidence is clear in that 95% of the thousands of glaciers in the area are in decline. They talked about man’s activities that are causing the rapid increase outside of “nature’s” normal cycles. And they stressed the importance of us encouraging our government to do something about it.

The naturalist, as much as I enjoyed his presentations and as much as I agree with his love for the outdoors and the wild, left me a bit offended when he blamed everything on “the white man”. And only the federal government can solve this problem.

I beg to differ.

I run in the woods nearly every day. It’s what a love to do. Because I enjoy it so much, I started a trail running group in my community and we are over 400 strong. I also bike the trails in the woods. It’s an incredible roller-coaster ride that you can do over and over and over with no lines! I am part of the local off road bike organization that creates and maintains these trails in the woods. I kayak our rivers and lakes and get a view of the city and the surrounding areas that you can only get from the water, so I joined the local paddling club.

All of this activity is right in my little city…within 10 minutes from my house. And it’s all beautiful. The federal government has nothing to do with it. All of these areas are controlled by the local government and the people in the community…city and county parks, and state parks nearby as well. Some of the most beautiful parks and forests I know are local, city or county parks. People love them and they do not need the federal government to control them or keep them from turning them into parking lots or shopping malls.

The city and the county work with these local organizations that I am a part of and, together, we maintain these areas for the enjoyment of all. Our organizations put thousands of volunteer man hours and dollars into these areas because we love them so much.

My city is 91.4% white. The organizations I am involved in that put so much time and money into it are probably 99.5% white. The “white man” is doing very well in maintaining a beautiful environment in Eau Claire, WI, thank you very much. For that matter, Wisconsin is a beautiful state for “nature” lovers. We have magnificent forests and lakes and rivers and parks throughout the entire state. A state that at the last census was over 86% white. We take very good care of our land. This is in no way making some claim of white superiority…please do not misinterpret my point. The only point I’m making is that the “white man” loves our environment just as much as any other.

Here’s where I differ with their views in other ways:

For the sake of argument, I will concede that the climate is changing at a more rapid pace than at anytime in recorded history and that man is responsible for it. Now, there are many variables and factors that can be debated in that statement, but for the purposes of this editorial, I will simply concede it.

But, even if that is true, I’m not convinced of the doomsday scenarios that they paint. First, they say that man is destroying nature. But, what is nature? They view man as separate from nature and that is my main point of contention with them. I view man as an intricate part of nature. Man, and everything that man does and creates, is nature. What’s the alternative? Is man unnatural? Or supernatural? Are the materials that we use to make things unnatural or supernatural? Of course not.

When you view man as actually part of nature, as I believe you should, then the perspective changes. Why is man, and the activities of man, any less worthwhile than a bear, or the activities of a bear? Or an eagle? Or a beaver? Each of us are part of nature and each of us has an impact on the environment in our own ways. Man builds a house out of natural resources, just as an eagle builds a nest and a beaver builds a beaver house. Sure, our houses are more technologically developed, but they all affect the environment that they are in. A bear certainly affects the environment, and the lives within it, of the places they wander into. Why does a bear have more right to “their” forest than we do? Why is it acceptable for a bear to attack a man, simply because the man entered “the bear’s domain”?

But, you might say, “those animal’s activities don’t threaten the survival of the planet!” Well, it displays a lot of hubris to believe that man is actually going to destroy the planet. No, the planet will survive just fine, even if man creates an environment that is not inhabitable by man. The Earth will survive, adapt, change, and rebound from anything man will do.

So, then the argument goes to how we are destroying precious things like glaciers and changing the climate of various regions around the globe. But is that really catastrophic? Will people not adapt to changing climates and simply move along with the changes? It’s not like today California will be here, and tomorrow, the ocean will consume it. These are still gradual changes. And the glaciers? As cool and impressive as they were to view first hand, I found it quite odd to lament about them receding. Most of what we went to see in Alaska was the beauty and the wildness that was left AFTER the glaciers had receded. After they carved out the fjords that created much of the inner passage waterways and the valleys and landscape that shapes the land and the resulting glacial lakes with their amazing turquoise and teal coloring. It was the receding of the glaciers that created the actual environment that we were all there to celebrate and admire. So why is it a bad thing for more glaciers to recede?

As some glaciers recede, they will be replaced by more of this inhabitable beauty. As the globe warms and there is more carbon dioxide, this will create more fertile lands, more plant life and more opportunity for growing food. Yes, some areas of the globe may become less inhabitable, but at the same time, other areas will become more so. People will need to adapt…gradually. I’m just not convinced of the dire doomsday scenarios.

But what about the animals? Man is increasing the rate of extinction at a rate faster than anytime in history! Tell that to the dinosaurs and most all other life when the meteors hit.

So, what is nature?

It’s a wonderful, fascinating, awe-inspiring, beautiful thing. And man, for all of our faults, are every bit a part of nature as the bears I saw, or the soaring eagles, or the splashing whales, or the glaciers and mountains. Every one of which were incredible in their own ways, and have an impact on the environment in their own ways as well.

"More Doctors Smoke https://t.co/d8RcqnFtyD than any other News Blog! The rich full flavor and cool mildness of @TheNewsBlender 's superb blend of honest news seem to have the same appeal to the smoking tastes of doctors as to millions of other smokers!" pic.twitter.com/0iVu5DY6Hp