A special note on “Historical Dramas” in general. They are meant to be stories based loosely on real events. Many people watch them and get all bent out of shape because events didn’t happen fact-for-fact or liberties have been taken. But that’s not the point of these shows.

If you are looking for Historical Documentaries I recommend seeking out Ken Burns’ amazing body of work.

If you are looking for some loosely historical based entertainment then the shows listed here are the shows for you. 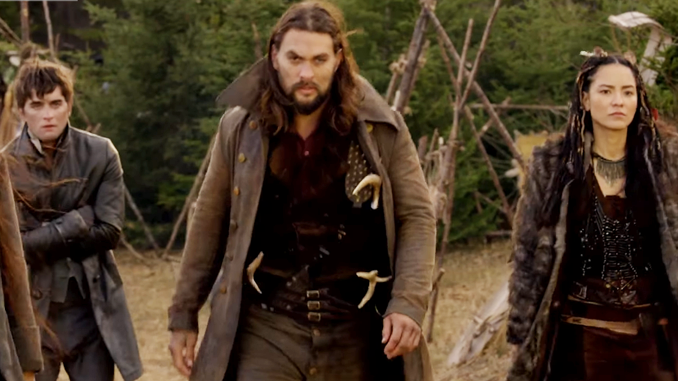 In the 1700s, outlaw trapper Declan Harp (Jason Momoa) and his companion Sokanon (Jessica Matten), are set on breaking into the lucrative fur trade monopoly held by the Hudson’s Bay Company in Nova Scotia and what is now Canada. Lord Benton (Alun Armstrong) travels to the new world, hell bent on stopping them at all costs.

Frontier is a fascinating depiction of the life of trappers and traders in the 18th century northeast of the American Continent. It’s a gritty show with a lot of action and just the right amount of historical accuracy to tell a pretty engaging, slightly over the top story.

I’ve found myself drawn to these types of TV shows of late. They are fun, and not meant to be taken too seriously, yet witten with with top level teams, and pretty sizable budgets that rival smaller movies of the same genre. 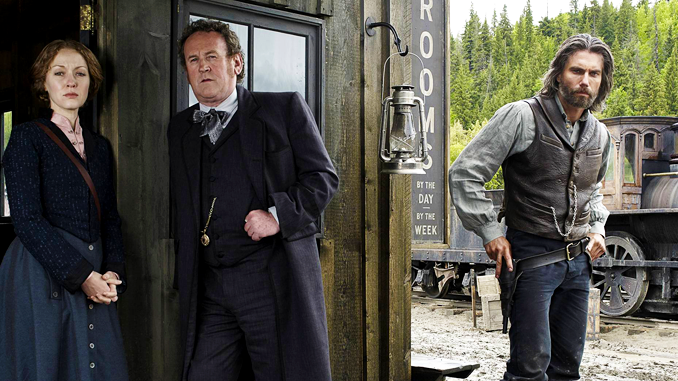 It’s 1865. The Civil War has ended, Lincoln was recently assassinated, the slaves have been freed, the race to build the first transcontinental railroad is well underway, and ex-Confederate Cullen Bohannon (Anson Mount) is on a warpath hunting down the soldiers who killed his wife and son during the war. Along the way Bohannon is offered a job running a cut crew with ex-slave Elam (Common) for the railroad, leading him to corrupt Railroad Magnate Thomas Durant (Colm Meaney) and ultimately becoming an integral part of the Union Pacific’s successful westward expansion.

Hell on Wheels is a fictionalized telling of the Transcontinental Railroad and those who built it, and a fantastic, action packed western rivaling many movies of the genre. It’s tough, gritty, and throws Political Correctness right out the window. The most memorable characters are the anti-heroes and there are plenty to go around in the show. Some of the over the top action and dialog is shockingly good without being tremendously cliche in presentation.

My only real criticism comes after a few seasons of the show, and it’s that one really truly evil character refuses to die. I almost have to think it might be literal representation of the demons Cullen has to deal with to move forward in life, and that very well maybe it. However, Thor Gundersen “The Swede” (Christopher Heyerdahl), while being an amazing actor and a really good bad guy, escapes death more times than all the Grubers in the Die Hard movies combined! 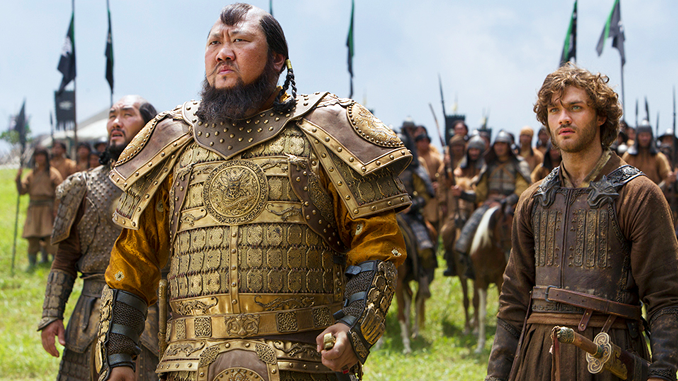 13th century China. Kublai Khan (Benedict Wong) grandson of the famed leader Genghis Khan rules over the Mongolian Empire, encompassing most of China at the time. After traveling thousands of miles across treacherous terrain, explorer Marco Polo (Lorenzo Richelmy) finds himself as audience, prisoner, witness, and advisor of Khan’s court.

Between Seasons 1 and 2 is a 30 minute “spin off” mini episode based entirely on the fascinating blind monk character,  called “One Hundred Eyes”. 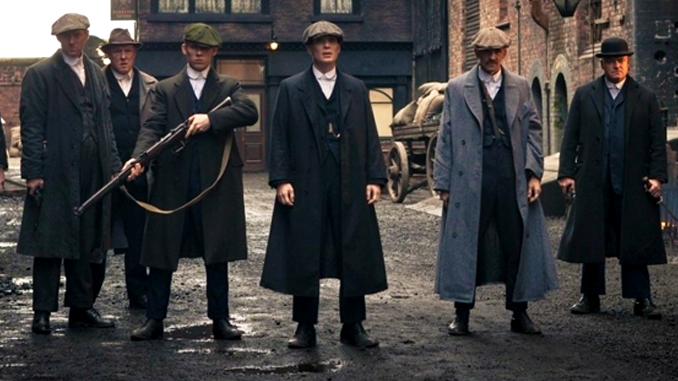 1919 Birmingham, England. “The Great War” has just ended and the Shelby Crime Family, also known as the Peaky Blinders, is coming of age. After returning home from the the war, newly made Boss Tommy Shelby (Cillian Murphy), guided by family matriarch Aunt Polly (Helen McCrory), get to work whipping the rest of the boys into shape and help the Blinders rule over Birmingham. Though book making, extortion, gun running, bootlegging and other criminal ventures, they set their sites on a much bigger prize: London. Chief Inspector Major Chester Campbell (Sam Neill), has been sent from Belfast by Winston Churchill to shut down them once and for all.

Peaky Blinders is a rare look at group of notorious early 2oth century gangsters from across the pond. They are every bit as cunning, greedy, and ruthlessly brutal as you’d expect the Chicago prohibition era gangsters to be.

I was totally fascinated by this series, as I started out knowing very little of the English crime families in general. While the show is largely a work of fiction, its portrayal of those early gangs seems to be pretty spot on from all accounts. Every season, I think about what can they possibly do to step it up a notch and without fail, every season, I’m refreshingly surprised that they do.  This show is greatly entertaining and it’s another one of those that I often recommend to everyone. 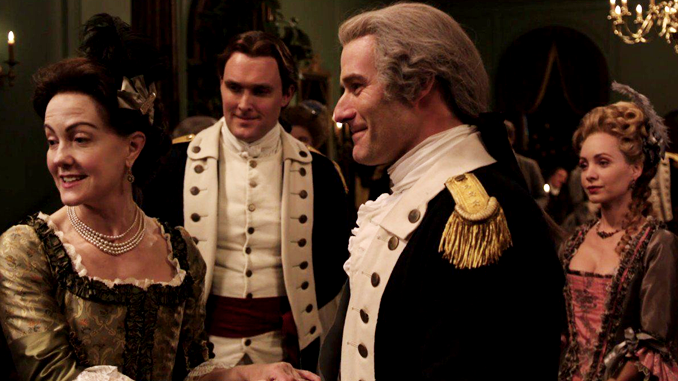 Autumn 1776. Insurgents have declared war against the Crown. Following a successful naval landing, His Majesty’s Army has forced Washington’s rebels into the wilderness. New York City serves as military base of operations for the British. The Loyalists of nearby Long Island keep vigilant watch out for sympathizers and spies.

Setauket Farmer and one time Tory turned Patriot,  Abraham Woodhull (Jamie Bell) with the help of Anna Strong (Heather Lind), and the leadership of Benjamin Tallmadge (Seth Numrich), set up what’s known as the Culper Spy Ring, tasked with sending messages to General George Washington (Ian Kahn), reporting on the activities of the British Army stationed in New York City. Colonel John Simcoe is tasked with rooting them out, and goes to often extreme measures to do so.

I loved this show. I’m a growing fan of the Revolution Era stories and intricacies that helped shape our country. This is one of those for sure.

I’m told it’s not totally historically accurate but that the events did take place, and while perhaps not exactly the same way as told in Turn: Washington’s Spies, the people and results were the same. Either way it makes for some intriguing historical entertainment.

I think shows like this are wonderful as they introduce people to aspects of history they might not have otherwise payed attention too. They inspire people to take the journey into searching for the facts and learning something, once they have been sucked in by the initial story.

"More Doctors Smoke https://t.co/d8RcqnFtyD than any other News Blog! The rich full flavor and cool mildness of @TheNewsBlender 's superb blend of honest news seem to have the same appeal to the smoking tastes of doctors as to millions of other smokers!" pic.twitter.com/0iVu5DY6Hp