HAPPY 100TH BIRTHDAY to our amazing current and former Army Warrant Officers. Thank you for your century of service, as the indispensable guardians of our great @USArmy’s technology! #CenturyOfService https://t.co/hD42XseaTG

Tonight, it was my honor and privilege to nominate Judge Brett Kavanaugh to the United States Supreme Court. #SCOTUS pic.twitter.com/97clc9zifm

For a mini bio of Judge Kavanaugh @ The News Blender

For a look at the announcement @ The News Blender

Getting ready to leave for Europe. First meeting – NATO. The U.S. is spending many times more than any other country in order to protect them. Not fair to the U.S. taxpayer. On top of that we lose $151 Billion on Trade with the European Union. Charge us big Tariffs (& Barriers)!

“NATO countries must pay MORE” on their own military.

“the United States must pay LESS. Very Unfair!” For our own military.

NATO spending is based on the nations GDP. The money spent is money spent on allied countries own military spending.

Dear @realDonaldTrump. US doesn’t have and won’t have a better ally than EU. We spend on defense much more than Russia and as much as China. I hope you have no doubt this is an investment in our security, which cannot be said with confidence about Russian & Chinese spending 🙂

Thank you to all of my great supporters, really big progress being made. Other countries wanting to fix crazy trade deals. Economy is ROARING. Supreme Court pick getting GREAT REVIEWS. New Poll says Trump, at over 90%, is the most popular Republican in history of the Party. Wow!

On behalf of the United States, congratulations to the Thai Navy SEALs and all on the successful rescue of the 12 boys and their coach from the treacherous cave in Thailand. Such a beautiful moment – all freed, great job!

@ The News Blender reported this morning that all members of the soccer team and the coach have been recused.

I am on Air Force One flying to NATO and hear reports that the FBI lovers, Peter Strzok and Lisa Page are getting cold feet on testifying about the Rigged Witch Hunt headed by 13 Angry Democrats and people that worked for Obama for 8 years. Total disgrace!

Fox News: Lisa Page former FBI/DOJ employee is expected to testify this week behind close doors. Fox News reported on the above tweet stating it’s unclear whether Page will show up as the Judiciary Committee has issued a subpoena, the article quoting a committee source reports that Page’s attorney is in the process of working with the committee and that her testimony will be voluntary given.

Peter Strzok’s is scheduled to testify in public before two committee, Judiciary and the House Oversight, on Thursday.

Informing the Republican Senators of my nomination of Judge Brett Kavanaugh. #SCOTUS pic.twitter.com/O5cAaVAtQt

Many countries in NATO, which we are expected to defend, are not only short of their current commitment of 2% (which is low), but are also delinquent for many years in payments that have not been made. Will they reimburse the U.S.?

New York Times: In May of last year and on Tuesday, they reported on President Trump misleading statements on NATO.

The money spent on NATO is money spent by each member on their own military, not on other countries military spending, there is no “debt” involved “None of the NATO allies are in arrears on these contributions.” 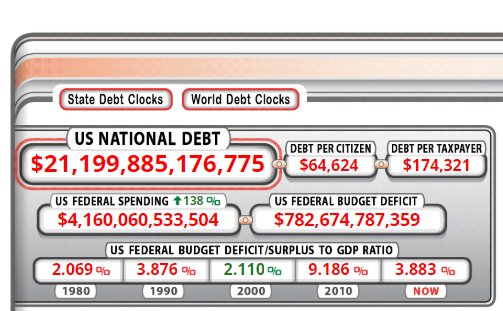 For more on the upcoming NATO summit @ The News Blender

At https://t.co/d8RcqnFtyD you'll never have to ask yourself this question... pic.twitter.com/s1TSORUheL